WHAT A DIFFERENCE 20 YEARS MAKES, AND IT APPLIES TO COLLECTIONS TOO! 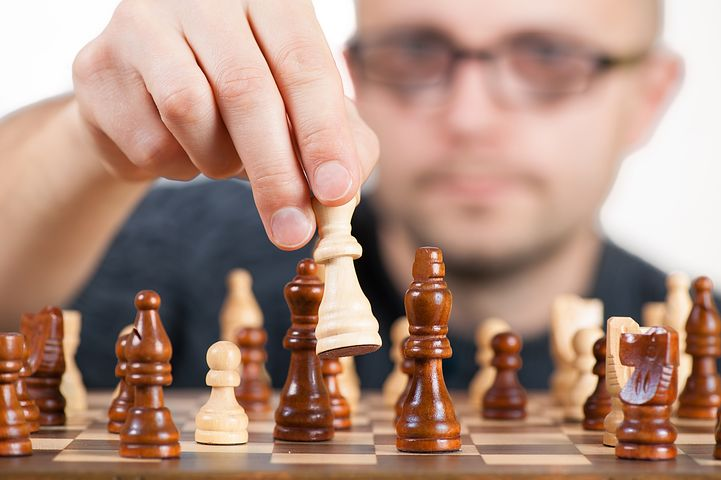 The Wall Street Journal is running a story titled, “Learning to Love Intelligent Machines”. It introduces the story with “Twenty years after famously losing to Deep Blue, chess champion Garry Kasparov says that it’s time to embrace AI and its liberating potential”.

That was over twenty years ago (for those of us who were old enough to have followed the story as it happened). Kasparov resigned the final game against the IBM supercomputer Deep Blue on May 11, 1997 and became the first world champion to be defeated in a classical match by a machine. In the last few years, we have seen more examples of artificial intelligence being applied in ways that make machines smarter, subsequently making us smarter. How can we forget that Expedia has replaced travel agents, IBM’s Watson beat the best human Jeopardy players, and a driverless car made a 9-day trip from San Francisco to New York in 2015?

What about collections? Does artificial intelligence (AI) have a place in a rapidly changing and challenging industry? Of course. And surprisingly, AI has been around and thrived in collections for over 20 years! Really? Yes. Our company Quantrax, created a new collection platform in the early 1990’s. It was created ground-up as an “Expert System” – That is a computer program that can clone a collection expert and think and make decisions like a collection expert(s). It was an overnight success, because its potential was obvious to anyone who saw it. In a few years, we were in many states and in Canada. At that time, we made a conscious choice to develop our technology, as opposed to increasing our sales. With potentially enormous gains in productivity, we expected the technology to gain traction quickly, but that did not happen. I have often been asked how this technology has been such a well-kept secret for so many years. There were a few good reasons.

Quantrax was more interested in investing in growing the technology than monetizing its innovation
We got little or no support or publicity from the associations and publications that supported the industry
In an industry that was dominated by traditional and conventional thinking, spending for what was arguably more progressive and productive technology when you already “had something that worked” was a harder sell than it should have been.

In about 15 years, Quantrax had grown its base in over 35 states and Canada. We also enjoyed organic growth from within our client base, with a few companies rapidly growing to over 500 agents. Of course, this industry’s technology growth came to a standstill when we went though the financial crisis of 2008. Companies were not investing in new technology, and the leading collection software companies were cutting costs or looking for investors. What did Quantrax do? We took the opportunity to invest in growing the company with new products, and for the first time in 20 years, decided to focus on branding and marketing our message. It was becoming more expensive to create the technology that this industry would soon require (compliance, security and mobile options), and it was the perfect time to plan for that future.

We first invested in modernizing a stable and proven platform. When change was forced on our competitors because they had waited too long to redesign their products, they were forced to “burn and build” (difficult and expensive). Three major vendors, Ontario Systems, Columbia Ultimate and CR Software (later sold to FICO), all wisely invested in new products (Collect Savvy, Ajility and Titanium respectively). As at this writing, all of those powerful companies had failed to deploy those products across their broad user bases. About 3 years ago, Ontario Systems who are the clear market leader in this industry, made the stunning decision to withdraw their new product from marketing, opting to go back to offering the public its older products at a time when its was clear that aging collection software needed to be modernized. We invested in cloud offerings and created mobile products that took advantage of smart phones to help consumers, management and creditors. It was over 20 years ago that we created the first intelligent collection platform for the ARM industry. A few years later, we found ourselves in the unusual and unexpected position of not having a single competitor for this exciting technology. Since our major competitors have struggled to build new technology, that gap has only widened.

This is an expensive industry. We are referring to the collection software business. Developing powerful software is very expensive and technology needs to evolve and change with the times and the industries we service. We have an important responsibility to innovate and deliver the best that technology can offer, balancing the need to be profitable with the importance of delivering excellent solutions to the problems presented to us. A few years ago, Nokia and Blackberry were undisputed kings of their industries. Today, both have all but disappeared. The traditional taxi business is rapidly being wiped out by a mobile phone app called Uber. A voice-activated device from Amazon that sells for only $49 is capable of voice interaction, music playback, making to-do lists, setting alarms, streaming podcasts, playing audiobooks, controlling other smart devices and providing weather, traffic and real time information, such as news. All around us, technology is doing more, . This is serious – If we do not innovate and modernize, some of our operations could easily disappear like those great companies.

The pressure to create better technology in the face of a prolonged economic down times has been a great challenge. It is our humble opinion that the industry is starting to feel the casualties of poor decisions made by most of the larger collection software companies. Consider Columbia Ultimate’s clients – It seems that their choices between :
paying more for maintenance and staying with technology that will not be significantly enhanced, and
converting to a new product (which will be very expensive).

That choice has to be a great example of being caught “between a rock and a hard place”. Shame on those who failed to anticipate that we were moving from a traditional service-oriented business to an industry that is today driven by technology. The WSJ article went on to say “It took much longer than most early experts thought it would, for machines to challenge the best human chess players.” It did eventually happen.

Intelligent technology was introduced to the collection industry more than twenty years ago. It is now tried, tested and proven, and is finally getting the exposure and recognition is surely deserves. Many of today’s problems that have to deal with compliance, security and automation, can not be addressed with conventional software. It is our sincere hope that the industry will embrace and invest in the potential of AI. We are encouraged that Quantrax’s presentation proposal for the Annual ACA Convention in Seattle was accepted – Along with a major client, I will be presenting the topic “What if your software could think and make decisions? IT CAN”. Surprisingly, this will be the first ever presentation of this subject at any major conference. It’s taken a long time, but perhaps, as Bob Dylan wrote in 1964,”The Times They Are A Changin’”.

Ranjan Dharmaraja is founder and chief technologist at Quantrax Corporation, a company that created an intelligent collection platform over 20 years ago but “have struggled to get the message to the broad ARM industry”. Self-funded, they have continued to invest in and successfully develop and deploy technology that offers modern solutions to old problems. Quantrax Corporation Inc – www.quantrax.com – (301) 657-2084