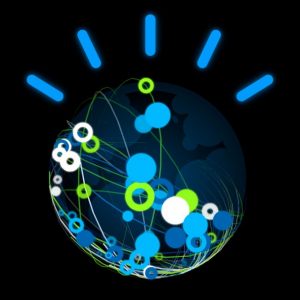 In February 2011, in a much-hyped, nationally televised show, IBM’s Watson supercomputer comprehensively defeated two human champions in the intellectual game of Jeopardy! Quantrax Corporation says they were not surprised, having created technology that is smarter than the best collection experts!

Everyone is claiming that they had something to do with Watson, IBM’s creation that took on and beat two of the very best Jeopardy champions. Novell, Apache Software Foundation, Java, Prolog, C, C++ and IBM’s clever software – they were all a part of a historical experiment in testing machine intelligence against human experts. And suddenly, everyone is thinking about the practical application of this powerful technology.

Quantrax Corporation watched with interest as the contest evolved. The key hardware that IBM utilized was the midrange Power 750 server. This happens to be the same family of computers that Quantrax uses for its artificial intelligence-based collection platform called RMEx (formerly Intelec). One of the best-kept secrets in the industry, this intelligent software was developed by Quantrax in 1991. Its complete collection suite is deployed in the US and Canada, in operations with 20 collectors, to enterprises with over 1000 staff.

Other vendors have realized that you can not compete with computer systems that can make complex decisions. They are adding workflow modules, rules engines and decision-making to their products. Our response is that imitation is the sincerest form of flattery. How do users feel about the technology?

Bill Hopkinson the CEO of CBC Inc. in Charlottesville VA says “The whole idea behind the system is to force the newest collector to work an account in exactly same way as your best and most experienced collector (or as each client has mandated). It is very powerful software. I have not found a process we could not handle.”

As with any exceptional technology, there will always be skeptics. Many will insist that their software is as good as any conventional technology. Try telling that to Ken Jennings and Brad Rutter, the human Jeopardy! champions (When the contest was over, Watson had $77,147 to Jennings’ $24,000)!

The CIO of a large collection operation says says, “We have some excellent managers who routinely review a few thousand accounts each day. But they are no match for our technology team and a system that analyzes and makes strategic decisions on several million accounts, every single day. Many years ago, we had people who would create dialer campaigns for the day. No more. We now have the accounts we need in the right campaigns, presented to the right people, at the right time, with the right phone numbers – And it is all automated.”

Quantrax insists that you cannot take conventional software (databased systems that other vendors market) and make it intelligent by changing code. Intelligent software is different and has to be created in a different way. The key difference is a knowledge base (that stores many complex rules, along with the thinking and possible decision-making algorithms for each company) and its link to a powerful software program called an “inference engine”. Combined with user interaction, the technology is smarter than the best collection experts you can find – In 20 years, that has been proven, many times over.

The result? You can do more work with less people. Bill Hopkinson added “I have heard of many owners who ‘brag’ about all of the custom programming they do to their systems to make it just the way they want it. The difference is, since we can already do it ourselves, we save time and pay very little for custom programming!”

Quantrax believes that pressure on the collection industry to find better ways to spend less and do more, will force many companies to look for better technology.

Today, we have the advantage of more powerful hardware than we have ever seen, but are we doing enough? What Watson did in February 2011, provides the answer. That answer lies in the software you use.